Blasting Effects
Blasting being conducted in northwest Miami-Dade County is of tremendous concern to residents of the city because of the effect such activities have on people and property within the city. Despite the fact that the city banned all blasting within the city in December 1999, the effects of blasting performed by mining companies outside city limits, are being felt within the city.

The regulation of blasting activities in Florida currently falls under the jurisdiction of the State Fire Marshal’s Office. This webpage provides general information and a summary of the city’s efforts regarding blasting. 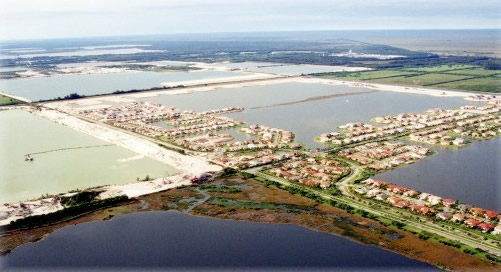 In the 2-year period that seismograph monitoring was conducted, over 275 blast events were monitored and all registered under the State limit 0.50PPV. Only 10 events exceeded the 0.25PPV threshold during the 2-year period.